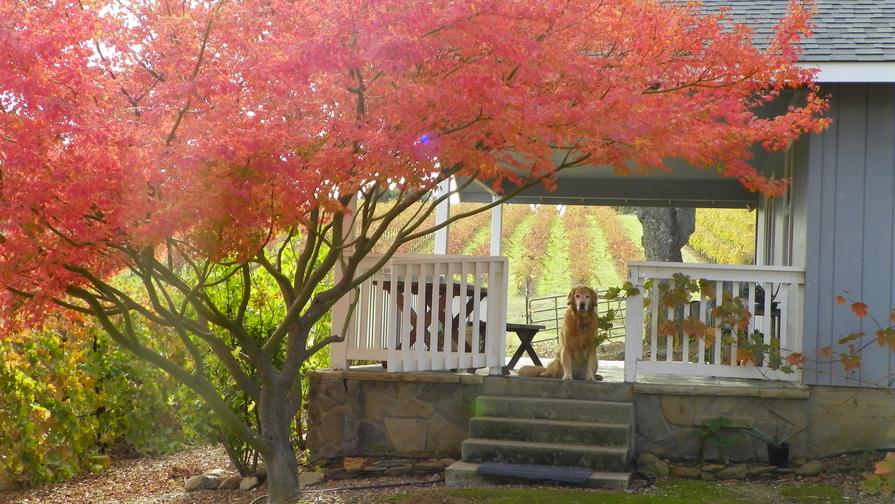 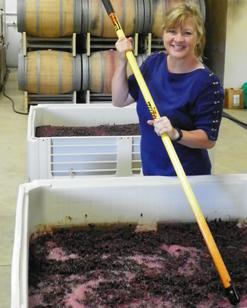 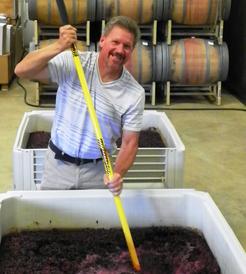 Born in California but raised an Army brat, Jamie returned to California in 1986. A career in sales was the perfect springboard to managing a successful winery. Jamie is the Assistant Winemaker, Bookkeeper, Club and Futures Manager, and In-House Chef. Her two cookbooks are also sold in the tasting room. Jamie enjoys snow skiing, hiking, travel, Mexican food, really good barbeque, and all her ranch critters. 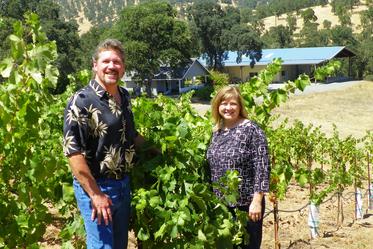 A 3rd generation Northern Californian, wine runs in his bloodline and he is passionate about making great wines for his customers. If you have a question about winemaking or grape growing, he is an unlimited source of knowledge. Steve enjoys competitive shooting, hiking, snow skiing, gardening, exploring the ranch, and bacon cheeseburgers. His favorite place is North Lake Tahoe.

Some people drop everything, move to Amador County and open a winery. They risk it all in order to make their winemaking dreams come true. But in today’s day and age of Renaissance men and women, who work three jobs, raise a family and travel the world on weekends, a far greater percentage of new winery owners remain on at full-time jobs. Stephen and Jamie Concannon were the latter.

To achieve their dream they both worked full-time jobs for seven years while commuting from the Napa Valley to Amador County every weekend. It was a passion for which they were more than willing to give up every hour of their free time. It has been a long time coming for Stephen, who received his degree in Finance with a minor in biology from California State University Chico. Following graduation, he took a position as a financial consultant in San Francisco. After less than a year he knew something was missing. He moved to the Napa Valley to work in the wine industry, have some fun, and figure out what he really wanted to do. That was over 30 years ago. It seems he’s found his calling.

​Stephen and Jamie had a dream of owning their own vineyard someday. Their idea was to buy 5 to 10 acres in the Napa Valley and establish a vineyard. They created a five-year plan to save the money they would need. Meanwhile, Napa land prices skyrocketed from $35,000/ acre to well over a million dollars an acre. Napa no longer was an option. With the dream locked firmly in their heads and hearts, they started to look elsewhere.
In the spring of 2000, their search led them to the historic Amador County. “The area reminded us of what Napa Valley was like 30 years ago.” according to Stephen. “We came upon the most beautiful stretch of land. It was 105 acres of rolling hilltops, sun sloped fields and three creeks all racing to the same destination. It was a convergence of sun, land, and water. Within 2 hours not only had we decided to purchase the property, we knew where we would build our home, construct a winery, and where the first vineyard blocks would be planted. Everything was falling into place, but there was a lot of work to be done”.

While continuing to work full-time jobs, they traveled to their ranch in Amador each weekend. Five wells were dug to find the water they would need to supply the vineyards. Power poles were strong for almost two miles to service the wells. Waterlines were trenched up the hill ¾ of a mile in preparation for the planting. With power and water in place and two years of preparation, it was time to plant. Vines were ordered and the first blocks were planted to Barbera, Primitivo, Zinfandel, and Syrah. That same year they began construction of the winery and tasting room. In addition, Stephen somehow found time to take viticulture and enology classes at Napa College. He is the winemaker, tends the vineyards and works the tasting room with his wife Jamie. Jamie has become the winery chef and TV persona, often seen on local programming pairing gourmet food with premium Amador wine. In 2004, they had their first crush as a bonded winery. 2006 saw the first crop from their estate vineyards. Their winery has grown to around 2,000 cases annually, which they only sell in the tasting room and through their website.

The Convergence portfolio includes Barbera, Primitivo, Zinfandel, Syrah, Petite Sirah, Tempranillo, Cabernet, Malvasia, Estate Zinfandel Port, and four fabulous blends. The wines are outstanding, but production is small and some varieties will be sold out during parts of the year. Many medals and awards have been won including Gold and Double Gold, Best of Region and Best of State from the California State Fair as well as Best of Show red wine from the El Dorado wine competition.

We invite you to come learn more about Stephen and Jamie Concannon and the current projects happening at Convergence Vineyards such as; the solar project, the barn owls nesting in the vineyard, and sustainable farming practices. Come experience some down home hospitality, as we share our dream with you. Our goals are that you have a great time, learn something new, and return often as “family”.